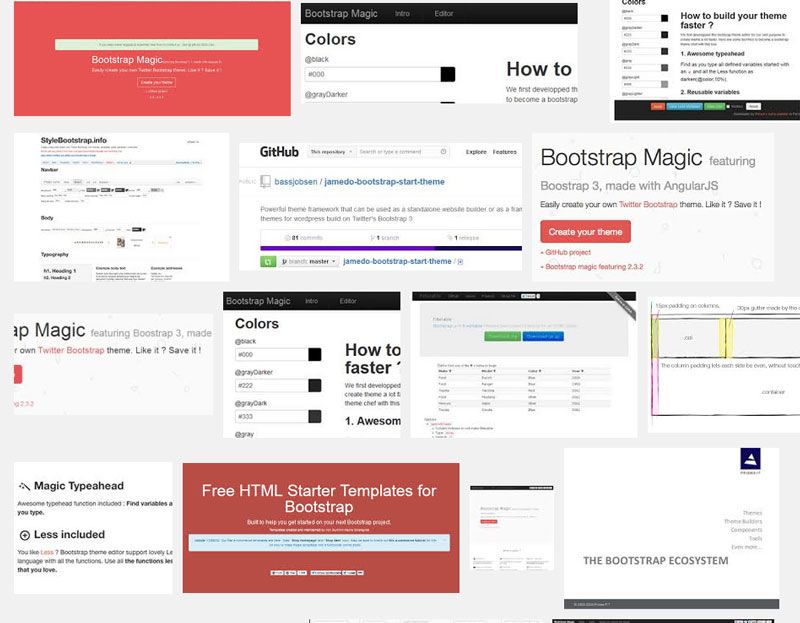 Crafting the perfect Twitter theme can be a daunting task, but sometimes you just have to pull yourself up by your bootstraps and get it done. That’s what Bootstrap Magic’s theme builder is designed to help you with, but is it really the best tool for the job? Here is our Bootstrap Magic Theme Builder Review.

Bootstrap Magic is designed to help you create the best and most unique Twitter theme possible, which is essential if you’re trying to establish a strong social media presence. That being said, the designer itself has a pretty steep learning curve if you’re not familiar with using variables to design your Twitter theme.

The initial variables are in place to help you choose the colors for your page, as well as assigning each color to a particular location or link. As you scroll, you’ll come across variables that allow you to set up link placement, choose fonts, and design buttons, dropdowns, forums, and more.

The site itself is not terribly user friendly. Instead of being able to pick and choose which variables appear, everything is initially set up on a single page and you’re forced to scroll down to find the variable you want. If you know the precise variable you’re looking for, you can type it in starting with an @, but if you’re just starting out or unfamiliar with the variable system, it can be a little intimidating. If you’re already familiar with the Less language that it relies on, or have variables that you would like to import from another site, then it’s the ideal builder.

There is little to no information available on the website in reference to mobile integration, so it’s hard to tell whether the use of this theme builder will have any effect on the sites when accessed from a cell phone or tablet computer.

As far as we can tell, there is no charge for using the Magic bootstrap site builder program. We were able to enter variables, apply them, and even download a copy of those variables for later use, all for free. This may change later, if the program becomes more popular and the creators feel they can make a profit on it, but for now it is free.

Overall, the Bootstrap Magic Theme Builder is a great tool, if you already understand the programs that are incorporated in it, including things like the aforementioned Less language. Coming into this builder as someone who isn’t familiar with the programming language left us a little intimidated, to be quite honest. We were able to kind of puzzle some things out and feel our way around, so to speak, but there is no way we’d be able to get the kind of performance out of the program that a knowledgeable theme builder might.

Is the Bootstrap Magic Theme Builder worth looking into? Absolutely, but it will require some study if you’re not already a theme magician.